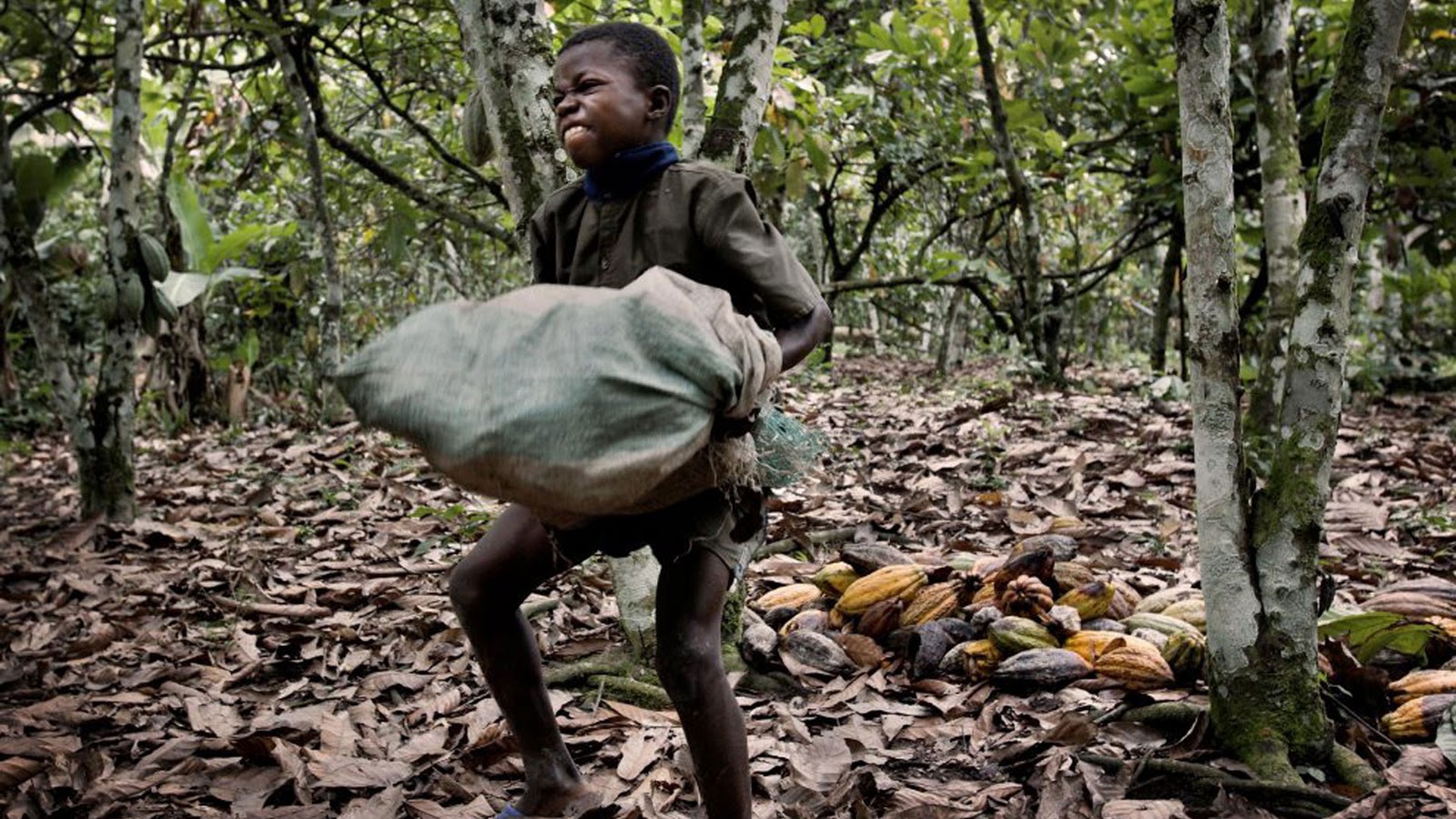 A chocolate bar often owes its existence to punishing hours of child labour. In Côte d’Ivoire and West Africa, the leading producers of cocoa, as many as 12,000 children are exploited for cocoa farming. Most of them don’t even go to school let alone know the taste of chocolate. All of us should know where the products we buy come from and how are they made. None of us want to do harm or to take advantage of impoverished adults and children.

Full-time labour is a physical, mental, and social danger to these children. They operate hazardous machinery, mix and apply chemicals to cocoa trees, harvest ripe cocoa pods with knives, and carry heavy bean sacks for processing. Long days mean missing school or dropping out altogether, extending the cycle of poverty and exploitation.

While organizations around the world implement projects for child protection and education, many children continue to be enslaved and trafficked to produce cocoa, clothing or rugs, with companies and governments more interested in money than improving conditions for child and adult labourers. It is a shame. It is a crime! Please don’t buy these products of exploitation.

The 2020 Global Estimates from UN’s International Labour Office showed that 160 million children – 63 million girls and 97 million boys – were in child labour globally at the beginning of 2020, accounting for almost 10% of all children worldwide. Almost half of those in child labour, 79 million, were in hazardous work that directly endangers their health, safety and mental development. The COVID-19 crisis likely drove millions more children into child labour.