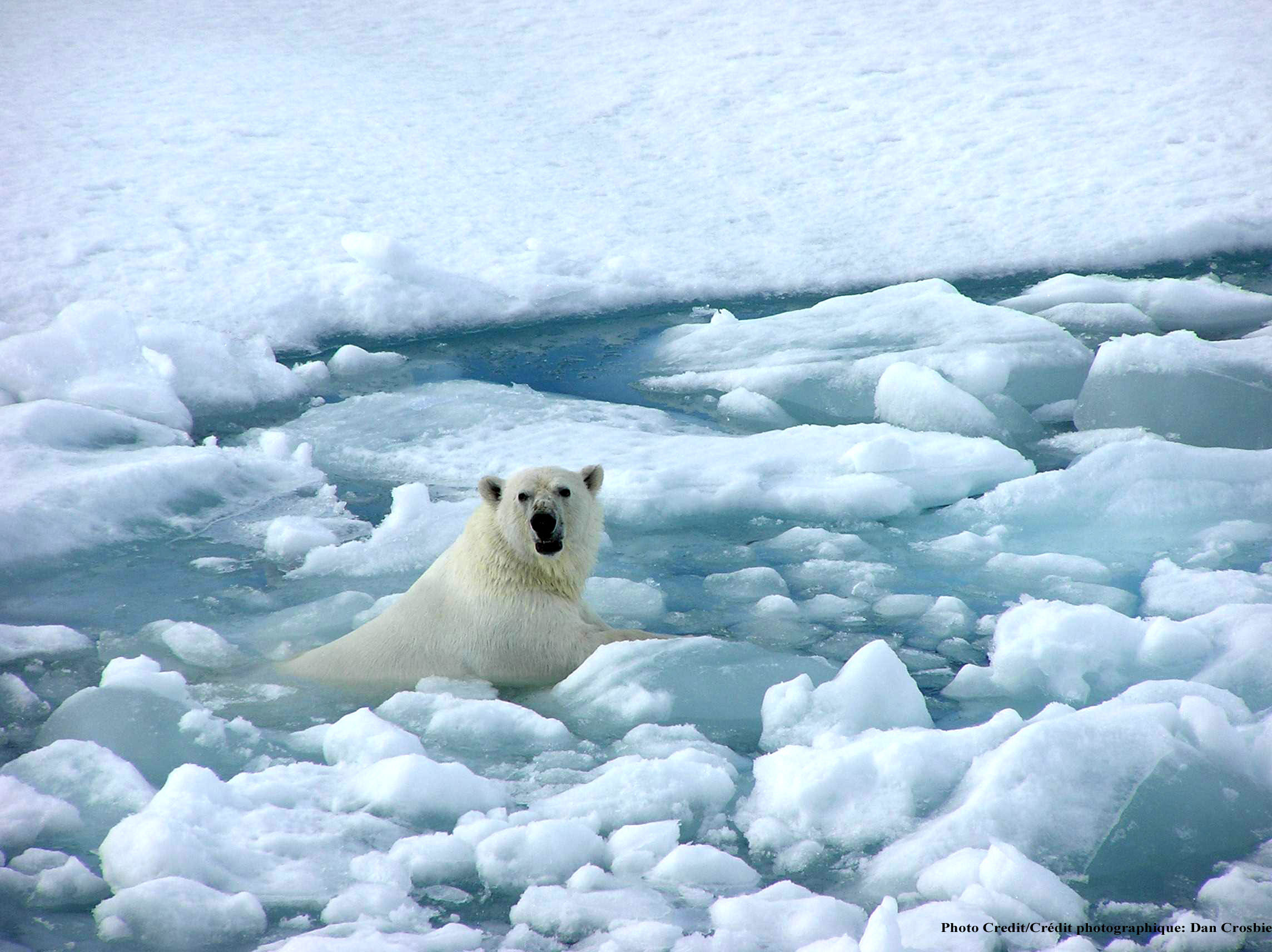 Incredible dramatic economic growth since the 1970s has transformed China into a dominant force in the world economy, raising the standard of living for millions of Chinese.

China’s new role as a global power presents new challenges to the ranking world powers. Western nations can no longer afford to ignore or isolate China, which is quickly becoming a pace-setter on the world stage.

However, China’s economic success has not come without a steep environmental cost. The last three decades of unabashed economic and industrial growth has wreaked catastrophic results on the environment and compelled China to seek foreign partners to chart a greener more sustainable course for the future. According to TIME magazine, China currently occupies the dubious distinction of having two of the top ten polluted cities in the world, with Linfen and Tianying occupying the top two positions on the list. The top ten polluted rivers in the world include China’s Pearl and Yellow Rivers. While only 44th in the world per capita, China is by far the world’s worst polluter nation with the highest overall annual emission of greenhouse gases (6,018 million tonnes).

Canadian companies, governments and organizations have an unprecedented opportunity to leverage their expertise and technological innovations in the environmental sector to create unique green solutions with the world’s foremost emerging economy. We not only have the opportunity to strengthen trade and commerce with China, which are commonplace today, but also long-term relationships in the vitally important and rapidly growing fields of environmental sustainability, education and social development.

However, moving forward the question remains; is Canada doing its part to help China through her environmental challenges or are we shirking our responsibilities in exchange for lucrative short-term economic profits? Does Canada have a long-term plan moving forward for its relationship with China? If so, what are our goals and interests in China besides dollars and cents and how can we show leadership on the environment and the development of more inclusive and open society?

The evidence strongly suggests not only that the Canadian relationship with China lacks a clear sense of direction, but that rhetoric about environment and human rights is a thin veneer covering overwhelmingly commercial ambitions emphasizing fossil fuels, uranium and lumber. Significant evidence of a long-term commitment towards environmentally and socially sustainable development is simply not there.

The Canadian relationship with China seems as backwards as the coal-burning plants that Canadian companies are installing in China. Rather than emphasizing investment in the economy of the future, renewable energy, value-added commodities and green solutions to tackle climate, water and other problems, the Canadian model has been strictly ‘business as usual.’ What message are we presenting to China, that Canadian companies are only driven by bottom-line economics and not the place to look for innovative solutions to the pressing environment and development issues facing China, Canada and the world? For example, Canada’s leading overseas development agency, CIDA, lists one of its objectives as “to promote environmental sustainability in China through support for Chinese efforts to manage environmental issues in western regions of China by enhancing the capacity of the country’s land resource management systems.” Laudable goals and sentiments but what’s preventing CIDA from delivering results?

As we explored in the blog article entitled “Where’s the Beef in the Canada China Relationship” there is much political pressure on CIDA to abandon China because China has the financial capability to provide for itself. We disagree because China’s development decisions will affect the world’s economy, security and environment, trends to which Canada will not be immune.

In the interest of meeting our global responsibilities we must do more not less. However, we must recognize that funding needs to be focused on sustainability initiatives that bring practical results, prosperity while protecting public health and the environmental and building social assets too.

CIDA certainly talks the talk, but how well it actually walks the walk is an entirely different story. In too many cases CIDA’s rhetoric and progress at the grassroots level simply do not match, a problem across government where much more money is spent on policy development, bureaucratic exchanges and research without practical application than spent on results- based projects which improve health, education, social justice and the environment.

For example, between 2005 and 2012 CIDA spent 13.5 million dollars on a Statistical Information Management project, “so that it can provide data relevant to the Millennium Development Goals and other international economic, environmental, and social agreements.” Do Canadian taxpayers need to spend over 13 million dollars on data collection? Another project, led by Simon Fraser University, consumed over 16 million dollars developing agricultural policy options for China. SFU doesn’t have a department of agriculture and like many other projects there isn’t clear evidence that this project generated real results for communities and peoples in China. Need another example, how about over 4.4 million dollars being spent on “Cooperation on the Management of the Environment Sustainability.” Sounds good right? Unfortunately most of the money was consumed by more policy options, study tours and talks about environmental sustainability.

Now don’t get me wrong, I respect the value of baseline research in order to collect information necessary to develop and implement practical projects, and I believe CIDA supports many valuable activities despite political pressures to increasingly fund commercial or bureaucratic initiatives.

However, looking at the list of CIDA’s funded projects the majority seem to simply study and write about policies, and never produce or even lead to results for communities and people and the environment in China. It is one thing to study and analyze problems at Canadian universities, and consulting companies but there simply is not enough funding available to waste in on projects that produce little more than work and professional credits and papers for the participants. CIDA is not the only Canadian government organization whose mission is comprised by misdirected and misplaced spending; recently NRCAN launched a project to export “clean coal” to China and India. If you have a perplexed look on your face, you are not alone; there is nothing clean about coal period. According to NRCAN, “coal’s environmental impacts are the primary challenge to overcome for this industry to continue its vital role in providing an essential service. NRCAN’s “Canada’s Clean Coal Technology Roadmap” essentially provides Canadian corporations with more opportunities to flog their dirty coal products overseas, reaffirming that it is “business as usual.”

And what about Environment Canada our lead agency for environmental protection, conservation and management, what could they be doing? Of course, we need to meet our national requirements for clean air and water, carbon reduction, but Canada cannot even meet its own goals let alone its international commitments by staying home. Our environmental report card has been inconsistent at best.

Canada still dramatically lags behind other developed nations in demonstrating a tangible commitment to the environment. A 2008 analysis by the National Round Table on the Environment and the Economy in collaboration with the financial services and consulting firm Deloitte concluded that Canada currently ranks sixth among the eight major economies when it is evaluated across five key categories and 1.5 comprehensive indicators necessary for low-carbon performance. In comparison to the rest of the G8, Canada continues to fall severely behind in the creation of green energy jobs, sustainable energy investments and renewable technologies. Simply put, Canada has some serious catch up to do in the Green Race.

Although this isn’t a pitch from some naive Sinophile there is much to be admired in China’s emerging grassroots environmental effort. There should be no doubt that China’s environmental performance will greatly affect the health and well-being of Canadians too! And, of course, the environmental consequence of our voracious appetite for cheap consumer goods gives us greater responsibility.

Simply put Environment Canada should be doing more to help China protect endangered species and disappearing habitat, to conserve energy, rehabilitate its fresh water and reduce carbon and other greenhouse gases. For that to happen Canadians and our leaders a need a new type of thinking, one that looks towards the future and not back at the past, which contributes to meeting the world’s problems rather than just talking about them.