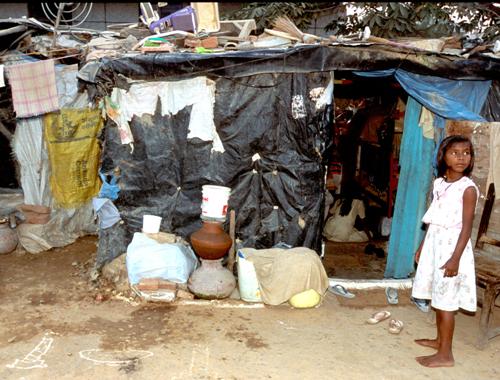 Poverty is the condition of living with serious lack of basic human needs – food, clothing, shelter, clean water, and the other necessities of life. “Fundamentally, poverty is a denial of choices and opportunities, it is a violation of human dignity…. It means insecurity, powerlessness and marginalization of individuals, households and communities. It means susceptibility to violence, and it often implies living on marginal and fragile environments” (UN).

The gap between rich and poor keeps growing within and between countries. According to Oxfam, in 2016 the richest 1% held as much wealth as the rest of the world, and the richest 62 people had as much as the bottom 50% of the global population. In United States the share of wealth held by the richest top 1% increased from 30% in 1989 to 39% in 2016; by comparison, the share held by the bottom 90% fell from 33% to 23% (Center on Budget and Policy Priorities, 2020). Almost one billion people lack enough to eat, and two billion suffer from disease caused by poor sanitation. When natural disasters and pandemic strike, or food prices rise, many more people go hungry, unsheltered or without health care or education. In the lives of people affected, poverty becomes an endless chain of disadvantage from generation to generation.

Today, we have the means for every person on earth to have sufficient food, housing, healthcare and education, but we need compassion and willingness to make that happen.