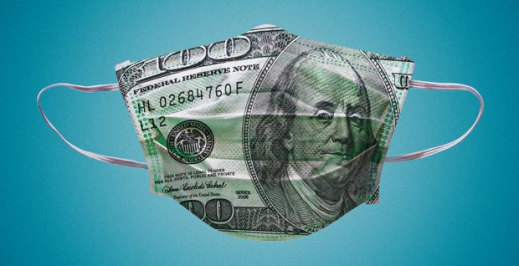 As Covid-19 recedes will we resume life as before or create a fairer, more compassionate and self-sufficient society.

That struggle has begun with globalization promoters touting great economic opportunities as 5G arrives and consumerism re-ignites around the world. Globalization has somewhat reduced poverty and improved education and healthcare in developing countries but at a price, a new colonialism primarily benefiting the rich and powerful.

Covid-19 exposed serious flaws in a global system emphasizing economic gain. Over 85% of our antibiotics come from China. Canada imports more food than it exports; 25% of our needs are imported. Surrendering self-sufficiency for food and medical supplies for cheap consumer goods is reckless.

Who gained most from globalization? Oxfam reported in 2018 the world’s 26 richest people held more wealth than the poorest 3.8 billion people.

Conversely the lifetime income of a Canadian earning $50,000/year for 40 years is $2M. Workers in the 25 poorest countries, people providing us precious metals and luxuries earn less than $1,000/year if they can find work.

The gig economy was another injustice exposed. Workers without benefits or job security were on their own while their employers demanded government aid. The gig is up!

The corporate story is worse. Corporate Knights reported that from 2011-2016 Canada’s 102 largest companies avoided $62.9B in income taxes. The scales are tipped so favourably towards large corporations that Canadians paid $145B in income tax in 2018 while corporations paid $41B. As corporate taxes were slashed individuals and families have had to make up the difference. CRA estimates about 25% of corporate taxes were unpaid, money needed for education, healthcare, social housing and a healthy environment.

The cozy relationship between business and government must change. It has compromised democracy and created a dependency on hand-outs. Companies are heavily subsidized by society through generous tax-breaks, credits and loans, infrastructure, healthcare etc. Where’s our return on investment?

The fossil fuel industry is a good example of malfeasance. In Alberta alone the liability for cleaning up roughly 3,500 abandoned oil and gas wells and the tar sands are estimated at $30B and $200B respectively. The province holds 1% security in a clean-up fund.

Bailouts are a similar story. Bombardier has been rescued more often than the neighbour’s cat. During the 2008/09 meltdown Canada provided $13.7B to the auto industry. Some companies never repaid their government loans while forcing creditors and employees to accept concessions. Canada took no equity and taxpayers paid for it. Why does government refuse to identify defaulters?

Canada also has a poor record for honouring international agreements on corruption, human rights, environment and money-laundering and the appalling honour of being home to the most firms on a World Bank blacklist of corrupt companies.

Corporations have persuaded, cajoled and bribed officials in other countries to accept hazardous mines and e-waste and produce luxuries for us instead of food for their people. Forests and rivers have been trashed and we’ve turned a blind eye to child and slave labour so that we can enjoy cheap carpets, shrimp and cell phones.

Canadian mining companies have a terrible track record, exploiting lax standards to ignore human rights and pollute environments local people need for food and water. Growers of strawberries, tea and avocados are typically no better. Our government calls it the Canada Advantage. More like taking advantage.

And before we get too smug about corporate behaviour, each of us has a part in this messy business. In the global system we are the rich and powerful. We work for and invest in companies that take advantage of low wages and poor labour, human rights and environmental standards. CPP and private pensions invest in mining, tobacco, weapons and private prisons.

Our lavish lifestyles corrupt and kill, exploiting children for chocolate, supporting slavery on shrimp boats and pushing many wild species to the brink of extinction for more burgers and coffee. Are we too content to care?

Since the 1950s every natural system has dramatically declined. We’ve polluted and over-fished the oceans, poisoned and depleted rivers and lakes, removed more than 50% of the world’s forests and flooded and paved productive farmland.

We all saw people fighting over toilet paper and governments stealing vital supplies from each other in a nationalistic frenzy. We can and must do much better.

However, if we want a peaceful, healthy and prosperous world we must address the systemic flaws of globalization 1) inequity within and between countries 2) consumerism’s role in injustice and environmental degradation, and 3) our disastrous relationship with nature.

Personally, we must personally adopt ethical practices in how we live and work and oppose governments and corporations doing harm in our name. Together we must urgently adopt clean energy as part a world-wide movement to meet our needs without harming other people, future generations and other species. It’s time for real change, lasting change, the kind we can be proud of and for which future generations will say thank you.

Recommended Actions for Your Consideration

For Individuals and Families